I made a youtube video about my book. Explaining that it is a true story of my time as a real deputy. Not to be confused with the tv show DEPUTY. The show takes place at the L.A. County Sheriff’s Department. The deputies in the show are actors and portray fictional stories. My stories are real, and I was a real deputy for the L.A. Sheriff’s Department. Check out the video HERE.

Deputy is my memoir. Chronicling my time on patrol as a real deputy from the rural roads of upstate NY to the streets of Hollywood and south central LA. I’m not to be confused with a deputy from the tv show DEPUTY. Although the tv show stories are told from the L.A. County Sheriff’s Department, I worked for the LA Sheriff’s department as a real deputy for thirty years. The book is available in ebook and paperback. Get it now by clicking HERE. 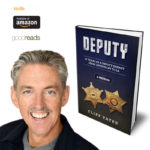 I was the field Sergeant. But I wanted to be in on the action with the deputies. Twenty seven years of patrol assignments was not enough. I was an adrenaline junky. 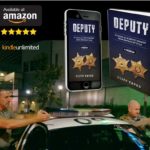 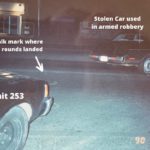 I arrived in the pitch black dark of night, Imperial Courts housing, Watts. The suspect was dead, this Mac10 lying next to his body. The assistance request by my former trainee and her partner was a foot pursuit, and a 998 (Deputy involved shooting). The suspect rounded the corner of a building and the deputies heard a thud and the scrape of metal. The suspect had fallen and the Mac10 scraped against the sidewalk. When the deputies rounded the corner the suspect was sitting up and raising the Mac10, his last action as a live person. The deputy who had survived three such armed encounters, bought the book and this is how he wanted it signed: “As friends and partners we persevered. Through blood, sweat and tears we would toe the line, and had each others back. In the end, we survived and that is what mattered.” A great gift hearing from this deputy and knowing he was alive and well enjoying retirement. 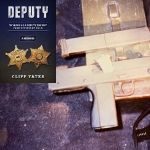 When crooks were done with a stolen car, they would light it on fire to help us find it. Me to owner “We have recovered your car, I’m not an expert, but in my opinion, it’s totaled” While working patrol in south central Los Angeles in the 80’s this was a common sight. Check out these crazy cop stories in my book “Deputy”, not the tv show, but the book.