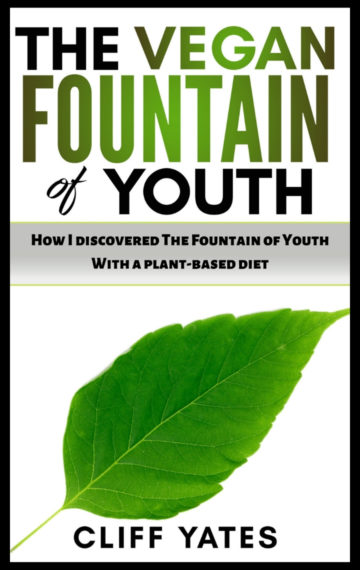 Want to feel young, healthy and full of energy?

Cliff Yates spent most of his life being pretty healthy and working out. After his dad died of a heart attack and watching a television special he decided to try a Vegan diet. He thought he could endure it for a few months to see what happens. He was amazed at his next blood test to find that his cholesterol plummeted, along with his triglycerides and blood sugar. He was astonished that he did not feel like he was missing anything. Cliff dropped forty pounds and his waist line went from a 38 to a 32. More important than being Vegan is to be eating a plant based diet. Cliff tells his story and points you in the direction of information that might start your own journey. Cliff now feeling 25 instead of his real age of over 60 works out five days a week. He started playing competitive tennis and jumps rope four to five days a week. Heart disease is the number one killer of men and women in the United States. A plant based diet has been found to not only stop heart disease but also reverse it. Read Cliff’s story and make up your own mind. He hopes you will be inspired to make some drastic changes to add years to your life and life to your years. Following his dads death, Cliff watched the Netflix special “Forks Over Knives” and was inspired to go plant based in his eating. He then read the book “How Not To Die” by Dr. Greger and took it a step further going Vegan. He has since adjusted to eating fish on occasion, but believes that a Vegan lifestyle is the way to a long healthy life free of heart disease